When you have finished reading this article check this out! We have updated the 10 best diet pills with new predictions for 2020.

People who get 5 and half hours sleep or less have a 50% of obesity according to Russell Foster a circadian neuroscientist.
Enjoy Russel’s ted talk at the bottom of the page its a real eye opener but first an article about why sleep is so important to you .

The hormone leptin is intricately involved in the regulation of appetite, metabolism and calorie burning. Leptin is the chemical that tells your brain when you’re full, when it should start burning up calories and, by extension, when it should create energy for your body to use. It triggers a series of messages and responses that starts in the hypothalamus and ends in the thyroid gland. The thyroid gland controls the way your body stores and uses energy.

During sleep, leptin levels increase, telling your brain you have plenty of energy for the time being and there’s no need to trigger the feeling of hunger or the burning of calories. When you don’t get enough sleep, you end up with too little leptin in your body, which, through a series of steps, makes your brain think you don’t have enough energy for your needs.

So your brain tells you you’re hungry, even though you don’t actually need food at that time, and it takes steps to store the calories you eat as fat so you’ll have enough energy the next time you need it. The decrease in leptin brought on by sleep deprivation can result in a constant feeling of hunger and a general slow-down of your metabolism.

The other hormone found to be related to sleep and weight is ghrelin. The purpose of ghrelin is basically the exact opposite of leptin: It tells your brain when you need to eat, when it should stop burning calories and when it should store energy as fat. During sleep, levels of ghrelin decrease, because sleep requires far less energy than being awake does. People who don’t sleep enough end up with too much ghrelin in their system, so the body thinks it’s hungry and it needs more calories, and it stops burning those calories because it thinks there’s a shortage.

Some scientists hypothesize that these hormonal changes that occur during sleep are the result of an evolutionary process that ended up with humans who could survive the food shortages of winters. Traditionally speaking, winters have long nights and little food, and summers have short nights and an abundance of food. With shorter nights comes less sleep, less leptin and more ghrelin, making the body eat as much as possible and save those calories for the long winter ahead. With winter comes more sleep, meaning more leptin and less ghrelin, both of which tell the body it’s time to burn those calories it stored during the summer.

Sleep deprivation has also been found to increase levels of stress hormones and resistance to insulin, both of which also contribute to weight gain. Insulin resistance can also lead to type 2 diabetes.

The National Sleep Foundation offers the following tips to help make sure you get enough sleep for your body to function optimally:

Try to aim for seven to nine hours of sleep per night.
Increase your exercise level, but try not to exercise within three hours of your bed time.
Don’t ingest caffeine or alcohol near your bed time — caffeine can keep you awake, and alcohol can disrupt the normal stages of your sleep.


Why do we sleep? | Russell Foster 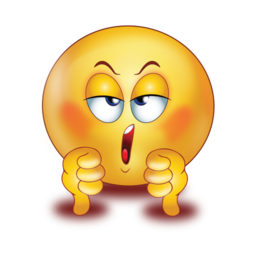 expensive most of the tests on rats some people get anxious taking it
Summary
So we know Garcinia is recommended by many and is natural extract which is a good start . But here at Top10Better we are little more discerning Mr Watson and mr Holmes have been investigating leaving no stones unturned and we found scientific reviews. Did you know the US National Library of Medicine National institutes of Health or NCBI for short is the most referred to website for scientific information on weight loss products ? Well its a very useful website to bookmark, Slightly heavy reading granted but we have a gold nugget for you.
Quick Weight Loss
Longer Term Weight Loss
Leave your rating

Your browser does not support images upload. Please choose a modern one

Jason loves sports he is a certified sports nutritionist recognised by the International Society of Sports Nutrition (ISSN). Jason loves dogs and his cat bella, he has a first class bachelor's degree in Exercise, Health and Nutrition and a Master's degree in Exercise and Nutrition Science. Jason has worked as a sports nutritionist and trainer for 6 years, and has helped hundreds of people transform their physiques. He has worked with many professional athletes, celebs including professional bodybuilders (men and woman). In 2016 Jason did a world tour and studied local cultures to further his knowledge traditional customs . He uses the latest research uncover the truth behind the gossip.

Login with your Social ID

Find out more or adjust your settings.

This website uses cookies so that we can provide you with the best user experience possible. Cookie information is stored in your browser and performs functions such as recognising you when you return to our website and helping our team to understand which sections of the website you find most interesting and useful.

Strictly Necessary Cookie should be enabled at all times so that we can save your preferences for cookie settings.

If you disable this cookie, we will not be able to save your preferences. This means that every time you visit this website you will need to enable or disable cookies again.